As a figurative painter, I have always loved portrait photography. Recently, I became particularly enamored with a collection of photographs of relatives whom I never met but whose faces filled me with a familiarity that both was comforting and disquieting. These treasures were given to me by my maternal grandmother Esther, who left her homeland in 1923 at the age of 18 and came to Brooklyn, NY with her new husband. My mother who is 92 never met any relatives, but knew them well through photos and letters before the correspondence ended and their fate as Jews living in Eastern Europe during WWII was assumed. Long after her death, Esther inspired my most recent body of work, which began with a focus on depictions of earlier generations of women from my family, presented hieratically (to emphasize their strength) and in highly-patterned domestic interiors (to ground them in the prosaic realities that corseted their generation). Emblematic in this regard is the portrait of Esther’s closest sister and my great aunt, Chasia, who perished during the Holocaust. Endowed with a spectral air, Chasia is placed against a floral background inspired by a tablecloth I inherited from my grandmother. I then painted another relative from the same town and era who met a similar tragic destiny. Wanting to expand the project, I decided to solicit images from friends to create a culturally diverse group of deceased female ancestors and have met with an enthusiastic response. To date I have painted my Jamaican husband’s grandmother and friend’s relatives from Spain, Armenia, Turkey, Japan and China. I have incorporated both personal and cultural images and patterns into the works. In formal terms, these works are inextricably linked to my earlier body of work. 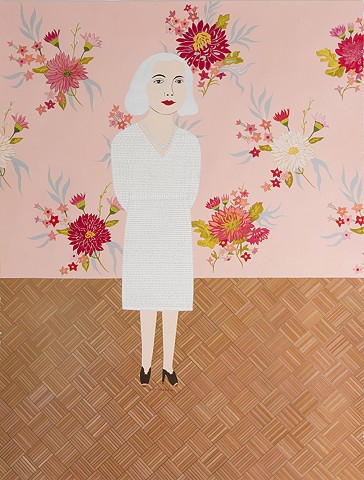 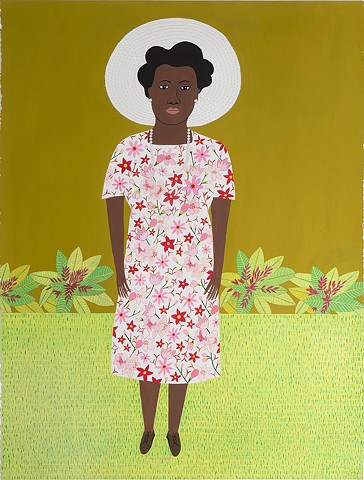 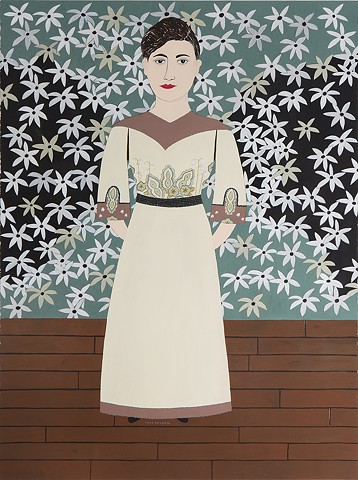 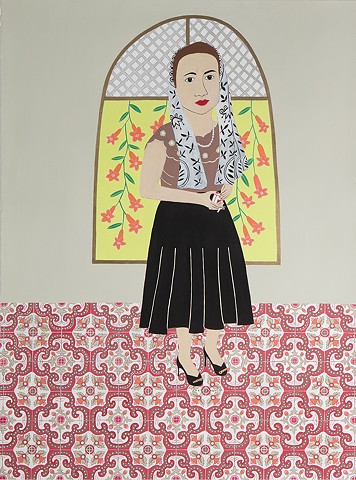 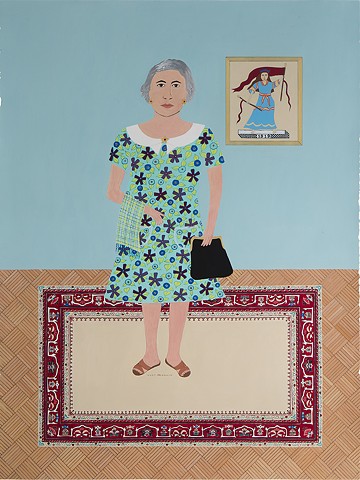 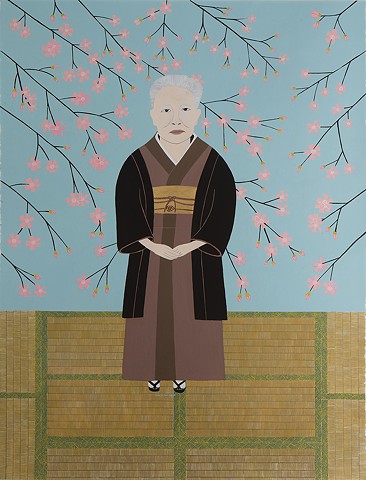 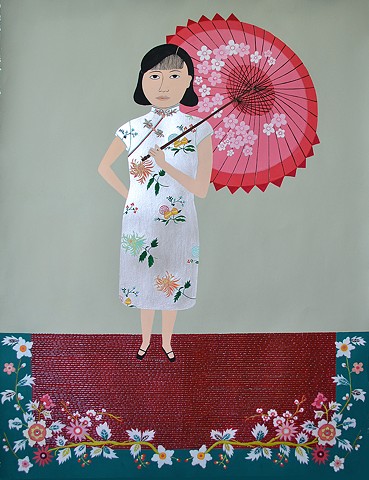 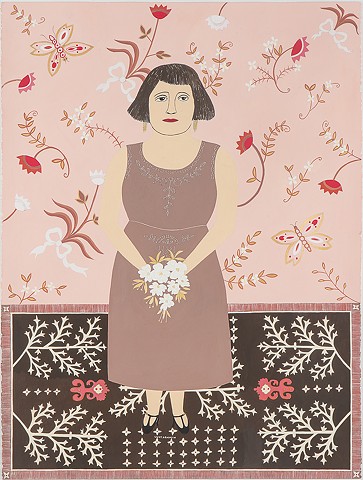 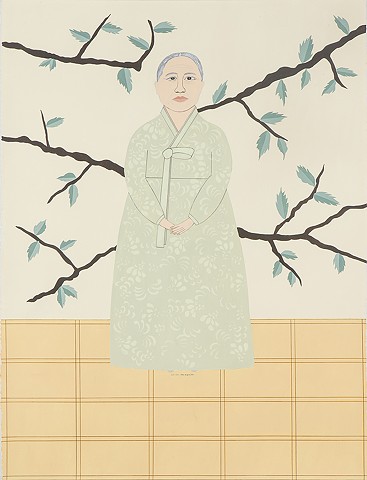